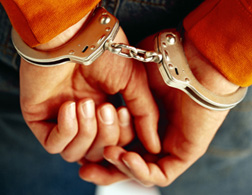 A United Kingdom-trained criminologist and Chairman of Puma Eye Security Services, Mr.Pedro Ayandokun, attributed to a “weak criminal justice system,” which he described as not adequately dealing with criminals. Ayandokun said recently, he had reason to report the activities of suspected cultist and robbers in Agege area to the Nigeria Security and Civil Defense Corps.
He said, ” The problem has been here since; I identified a street in Agege, where these criminal gangs assemble in the afternoon, dealing in narcotics and in the night robbing people.
“The police know these people so I decided to take my complaint to the NSCDC. Once the police arrest them, you can be sure they will be released the following day. The criminal justice system does not allow the police to adequately deal with crime,” adding that punishments should be commensurate with crimes committed.
“For instance, the law does not allow the police to keep one in detention for more than 24 hours. So once they are not charged to court, the police will collect whatever they want to collect from them and then leave them to return to their crime.
Ayandokun also faulted the trend by politicians to make use of hoodlums during campaigns by giving them dangerous weapons to intimidate political opponents.
He said, “These criminals are used to politicians who use them to secure votes by committing all kinds of crimes including assassinations.
” They give criminal gangs machetes, guns and the rest to use during an electioneering process and when the elections are over, they forget the hoodlums, who now have to rely on the weapons in their possession to survive.
” Our criminal justice system must be reviewed and consequences must also be made to be commensurate with the crime committed. If there is a death penalty for some of these crimes, for instance, it will deter people who would ordinarily want to go into it. Our criminal justice system should empower the police to get rid of criminals on our streets. Instead of that, we have adjournment upon adjournment in our courtrooms and the criminals go on to continue to perpetrate their crimes.”