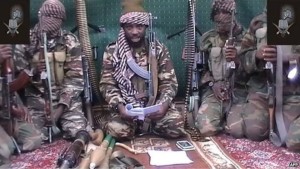 The service chiefs that were changed were in line with the demand of the people. We had never seen a service chief going to the war front but I’m impressed that we see that now,which is different from what we used to have. Moving the command structure to Maiduguri has also helped the fight against Boko Haram. It is a motivation for all other officers to go to Maiduguri and fight and you can see that they are winning the battle. I believe that Nigeria will win it completely. The multinational task force has also been of great help. I think Buhari has motivated all the neighbouring countries also. It is an achievement that is yielding result. The only thing I wouldn’t want him to do is to negotiate with Boko Haram. Let the current forces battle it out and erase them from the planet, if possible, rather than say we will negotiate with them. Let’s fish them out and make them be on their knees. Economically,Nigeria has a direction. He’s trying to make our refineries to function now and petrol station attendants are begging us to buy petrol now, which is a good direction. He is doing a lot of work of underground and we are feeling it positively and I believe that the economy will still be better. I would say it is getting better already. We are seeing the gradual appreciation of the Naira also.

“There are improvements in the Fight Against Boko Haram”: Posted in Punch September 5, 2015, VOX POP on Page 18. was written by Lourenco Pedro Ayandokun,Executive Chairman, Puma Eye Security Services.

There are improvements in the Fight Against Boko Haram