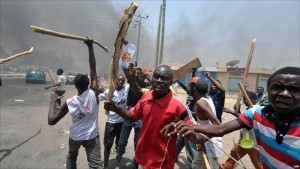 A United Kingdom-trained criminologist and Chairman of Puma Eye Security Services, Mr.Pedro Ayantokun, blamed the recent cult clashes in the country on youth unemployment, illiteracy, and poor police and parental control.
He, therefore, called on the government to encourage community policing and increase investments in vocational training to engage the youth.
He said, “There should be compulsory education for children and vocational centers in each of the local governments in the country.
“Community Development Association should also live up to their responsibilities and work with the police to dismantle the illicit youth gatherings and forestall these killings because they have to be stopped.”

On the clashes involving Fulani herdsmen, Ayandokun suggested that the government introduce a legislation to address  the issue. He said, Such legislation should carve a way for the herdsmen to graze their castle and spell out how and where they would graze.

“It should establish a task force to enforce the laws that are spelt out by the legislation. There should also be a process of reconciliation because there will be a need for sensitization since the herdsmen believe there is nowhere they can take their cattle to graze while community residents want to protects their farms”.