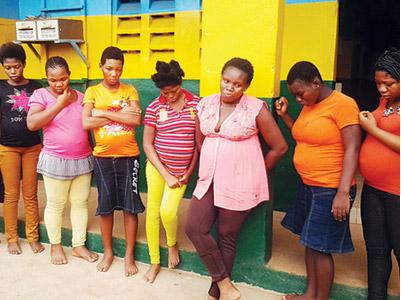 But a criminologist and expert on security matters, Mr.Pedro Ayandokun, said only the intermediaries had been apprehended in most cases and not the kingpins of the baby cartel.
Ayandokun was of the view that both the buyers and sellers of the babies were engaging in a blind deal. According to him, the buyer is unsure of the trouble that may arise in future about the baby being bought while the seller is also oblivious if the buyer genuinely needs the baby to cater for or merely buying for ritual purposes. ” Some people even sell unborn babies while still pregnant. The economic recession in the country is chief among cause of this situation. But it is not justifiable in anyway. As parents, government and institutions, we have failed our children if this trend is not checked,” he stated.
He also argued that the clampdown on baby factories especially in the South-East region of the country had not stopped new ones from emerging.

On his part, Ayandokun urged the government to provide good governance for the people in order to reduce crime rate. He further tasked security agents to check the menace beaming their searchlights on those behind the act.